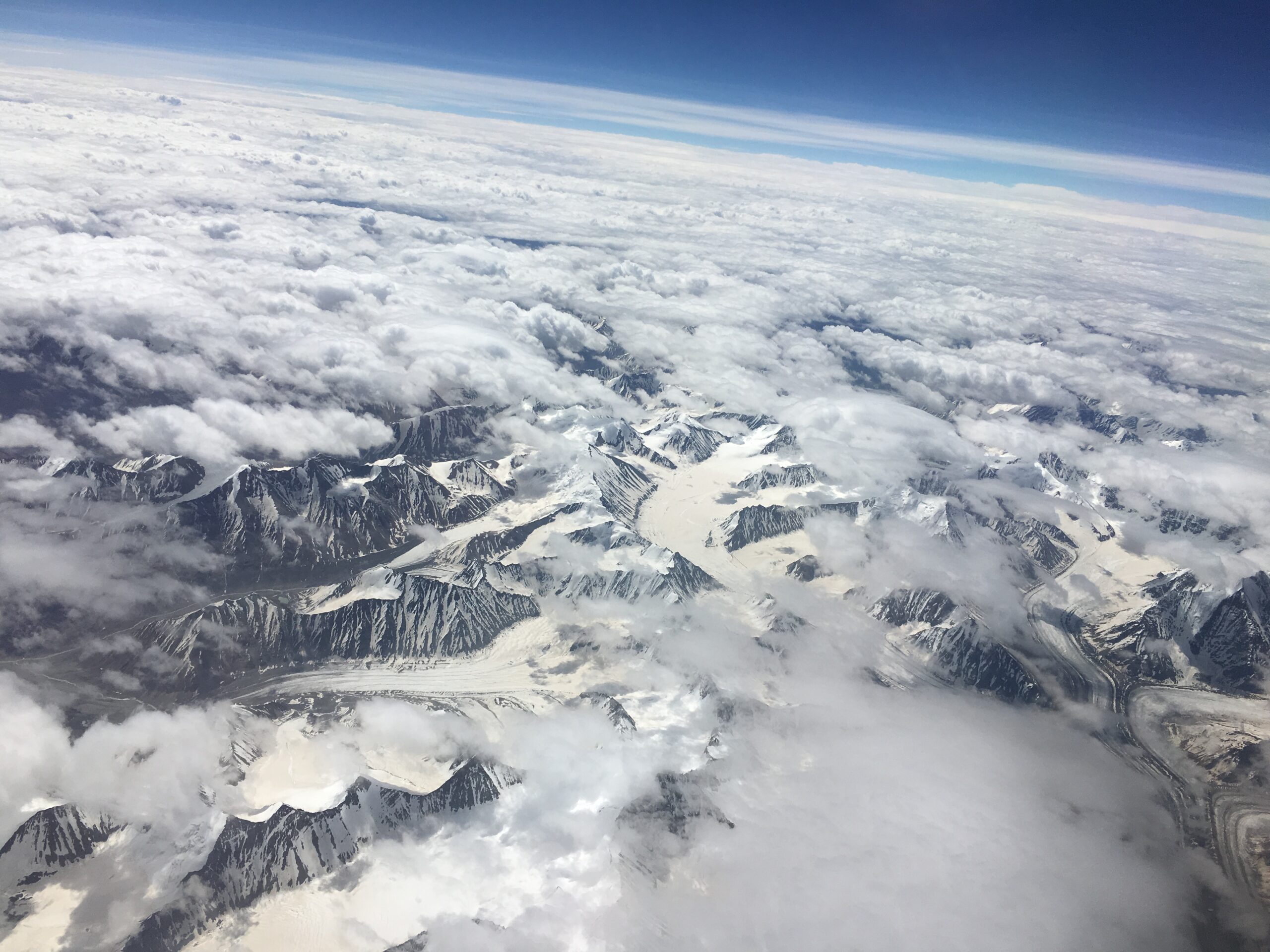 On the 30th of June, 2017;my family along with my parents did a 1 week long journey to the biggest Himalayan plateau – The Ladakh range. It means ‘ the land of Passes’. We started from Trivandrum with a layover in Delhi and landed in KUSHOK BAKULA RINPOCHE airport in LEH.The view from the aircraft was amazing. The Barren and the snow covered mountains were still looking massive even at 36000 feet height. We stayed in the ‘High Himalayas’ homestay owned by Papa’s friend who worked in the agriculture field. The view from the cottage was exciting. We saw some snow mountains playing peek-a-boo between the brown mountains and misty clouds. During the evening, we had a chat with the owner and his family and he shared the stories of Ladakh which rocketed our enthusiasm. We had an evening stroll in the main bazaar.The place was so clean but it was packed with tourists and locals.

Next morning (2/7/17) we were mentally ready to explore Ladakh. The homestay guy arranged a car with a driver for our trips. Our bodies were yet to acclimatize with the oxygen level in Leh as we flew directly to land here. We were anyway not planning to do heavy exercises.

The first place we visited was Druk white lotus school in Shay, which is now famously called RANCHO’S school where the movie 3 Idiots were shot.

Then we visited the HEMIS MONASTERY.They are called ‘GOMPA’ or ecclesiastical fortifications of learning, lineage and saadhana.Hemis is the largest Buddhist monastic institution of the Drukpa lineage in the Himalayas  with more than 200 branches.It was situated around 45 km from Leh and it was founded many centuries back. The flavours of these places made our senses so vivid that the colours are still imprinted in our memories. The monastery also has a museum where we could get glimpses of Ladakh’s religious culture. All these monasteries had huge statues of the Buddhist gurus who lived in the yester centuries.This one had a large statue of PADMASAMBHAVA(Guru Rinpoche).They conduct yearly hemis festival venerated as mystic mask dance performance representing reincarnation of Buddha.

The next place that we visited was the SHEY PALACE and monastery about 15 km from Leh. It was the capital of Ladakh in the past. The palace was built in the 16th century. The main attraction apart from the building architecture was the 3 storeyed statue of SHAKYAMUNI BUDDHA.

We reached Leh and visited the famous LEH PALACE which was built in 1600. It was the highest building in the world of those times. It had 9 floors and overlooked the Leh town. Most of the floors are dilapidated. On the way we saw an arch on the road depicting the NAROPA festival that was held in 2016. It is called Kumbh of the himalayas for good reasons. It is conducted in Ladakh once in every 12 years.

After a good night’s rest, we woke up and got ready for yet another exciting 3 day journey to the North of Ladakh.

The 5 hour journey was to NUBRA VALLEY and we had planned to stay there for 2 days. We travelled via KHARDUNGLA pass which was the highest motorable road in the world(18380 ft high). We drove through the snow mountains. We spent some time in the khardungla pass and played in the snow and also took some snapshots of stalactite formation of ice.

On the way to Nubra valley, we met with a small accident. There were lot of military trucks on convoy travelling either ways. In that one truck hit us. Though our driver saw the truck coming and stopped the car, the truck carelessly grazed on to our car. It caused some damages to the car. The mirror was broken, the driver door could not be closed and there were a lot of dents. The complaint screams that the driver did were all in vain. Few Soldiers just lifted the car and moved it aside and they all went off. Well, We just had to continue our journey. Luckily no one was hurt. Couple of inches inside, I would have been jammed by the truck.

We understood only by seeing  the board that we were entering Karakoram Wildlife sanctuary. We saw a few shepherds taking their sheep for grazing.

We crossed the bed where the Nubra river originating from the Siachen Glacier met the Shyok river.  There were Buggy rides on the sand dunes.The place where we were going to halt was called Hunder which was along the banks of River Shyok. We stayed in Ibex guest house in Hunder. With the background of black rocky mountain, the rest house had a good garden with vegetables and fruits including apples & strawberries. There was a ‘SAND DUNE FESTIVAL’ going on in Hunder and we were fortunate enough to witness the various cultural activities and the food stalls. We roamed around the river bed and had a good time watching the dances, camel rides and enjoying Ladakhi food.

The next day we visited DISKIT monastery, which is the oldest Buddhist monastery in Nubra valley founded in the 14th Century. It also runs a school for Tibetan children.There is a 32 metre high huge statue of Jampa(Maitreya Buddha) on a hill near the monastery which was consecrated by Dalai Lama in 2010.There were also small statues of Guru Padmasambhava, Shakyamuni(Buddha) and Tsong-Kha-Pa nearby. On the way back we saw many rivulets originating from the melting glaciers along the green meadows. There were a lot of military trucks along the way. We stayed in Leh that night.

On 4/7/17 we visited the PANGONG TSO which was made famous by the 3 Idiots movie. It was around 150km from Leh. We had breakfast from Durbuk. We reached the place by around 1.00 pm. The view of the lake was mesmerising. Major portion of the lake belonged to China. With time, it was wonderful to see the colour of the water changing from blue to green.We got an opportunity to ride on the Yak. Most of the hotel names had influence on the movie; Rancho cafe, 3 idiots cafe.We had lunch from one of those. On the way back We saw HIMALAYAN MARMOT at different places on the road side and took snaps of it.

Next day was for local trips. The first place that we went was just 5 minutes walk from our home stay- “SHANTHI STHUP ”. It was on top of a hillock. We could see Matho and Stok villages from the top. There was a statue of Buddha inside the Sthup. The next destination was the confluence of the rivers, INDUS and ZANSKAR. The River Zanskar was more muddy & brown and the confluence of different colours were a feast for the eyes.  On the way back we also passed through the MAGNETIC HILL. Any vehicle parked uphill without the brake was supposed to defy gravity and be moved up by itself because of the hill’s magnetic powers. We actually didn’t feel the effect that much! The next place we visited was a Sikh Gurudwara called GURUDWARA SHRI PATHAR SAHIB. We could see a huge boulder inside which had a carved out shape of Guru Nanak in it.The boulder had a myth about the Guru converting a bad demon into a good person. We then visited the HALL OF FAME which was maintained by the military. It was very informative and there were a lot of military exhibits as well as information regarding geography & culture of the place. Jonu had an opportunity to play in the army physical training area built in for kids in that place. In the afternoon we visited the market place again for some last minute shopping.

On the 6th of July 2017, We bid farewell to this mystic place and took the flight from Leh. The view of the confluence of Rivers Zanskar and Indus was much more gratifying from the bigger height. The unchartered territories of the plateau call me saying; when are you coming back?